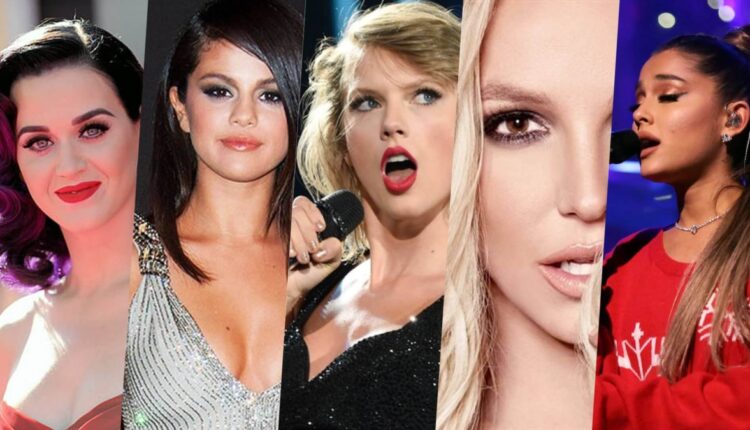 Top 10 Most Popular Female Singers in The World in 2022

The world of music is incredibly diverse: from pop to rap, rock to R&B, country to reggae, and more, there’s a wide variety of genres to choose from. There are also many different types of singers, and their popularity doesn’t necessarily follow the same trends as other genres.

Taylor Swift is the most popular name in the world of music. Because of her popularity across the globe, we can say that she occupies the first position among the top 10 female singers in the world in 2022. Taylor Swift is a well-known singer and songwriting. Because of her singing and songwriting skills, she has won many achievements or awards. With two recorded albums, Taylor made a good comeback last year.

Billie is another most popular female singer who belonged to America. She became popular after releasing her debut single, “Ocean Eyes”. After this, she also released successful songs. His singing skills have brought her many awards. Today, people throughout the world like to listen to her songs. “Happier Than Ever” was her recent song used in millions of TikTok videos or content.

Read this : I Love You Quotes For Wife And Husband With Explanation

Ariana Grande is another well-known name in singing. She is not only listed among the most popular female singers. But she is also enlisted among the most beautiful singers in the world. Ariana Grande does not only become popular because of her singing skills. However, she is also known as a songwriter and actress. She started her career in 2008. Right after that, she sang many famous songs. Her recent song, “Just Look Up”, was selected as the official soundtrack picturized in a Netflix movie.

Adele debuted in 2008, but she still dominates in the music world. She has been working in the music industry for a long time, but she is still considered the most popular singer in the world in 2022. Her recent song, “Easy On Me”, was released in 2021 and instantly caught the fan’s attention worldwide. Because of her excellent singing skills, she has also won many awards and the hearts of her fans.

Dua Lipa is one of the most popular British singers and has successfully occupied a central position among the top 10 most popular female singers in the world in 2022. She is also known as a songwriter and started her career in 2014. After releasing her hit single, “New Rules,” in 2018, she became an international superstar. She was nominated many times for Grammy awards. These nominations, albums, records, and worldwide concerts have made her the most popular singer in the world.

Beyoncé is known as an American singer and songwriter. I think people who love to listen to English songs will surrey familiar with the iconic Beyoncé. She is one of the oldest singers who started her career in the late 90s. She has released many solo albums that are still listening and have made her the most famous singer in the world. With 28 Grammy awards, she has got incredible success throughout her career.

Those who are real music lovers are undoubtedly familiar with the name of Lady Gaga. Lady Gaga started her career in 2008 and released several songs right from that time. Her songs are famous from across the world and have made a huge fan base of her worldwide. She has won multiple awards, including Academy Award, Grammy Award, and Global Golden Award.

Sia is another most popular singer who is famous for her hit singles, “Elastic Heart” and “Chandelier”. Both these songs reached the top ten of the Billboard hot 100 chat. As well as this, she also collaborated with some most prominent names in music and gained much fame. Sia still dominates the music industry and entertains her fans with her fantastic voice and lyrics.

Pink has also been a dominant personality in the music industry since starting her career. She has given a string of songs that were hit and liked by people from across the world. Due to his beautiful voice and unforgettable songs, she has won many hearts and made a huge fan base worldwide. The songs, such as “All I Know So Far” and “Just Give Me A Reason” are her impressive tracks.

Olivia Rodrigo is the youngest star, and she gained much fame at an early age. Her first single, “Driver’s License”, became the reason for her popularity. Today, she has become an online sensation. After the unbelievable success of her first single, she released her debut album, “Sour”, which was on the top of the charts. As she is a young artist and just at the starting point of her career, she may bring more to the music industry and will, obviously, increase her fan following.

The singing or music industry is flourishing across the world. In 2022, a lot of new songs and albums came to listen. As well as this, the industry is also introducing new names or new voices to the world. All the names mentioned above are at the top of the list. All those female singers have made their names based on their beautiful voices, lyrics, and music videos. If you want to get more about renowned singers, we invite you to visit the world’s famous singers’ profiles, where you can get the latest updates on all the famous singers.